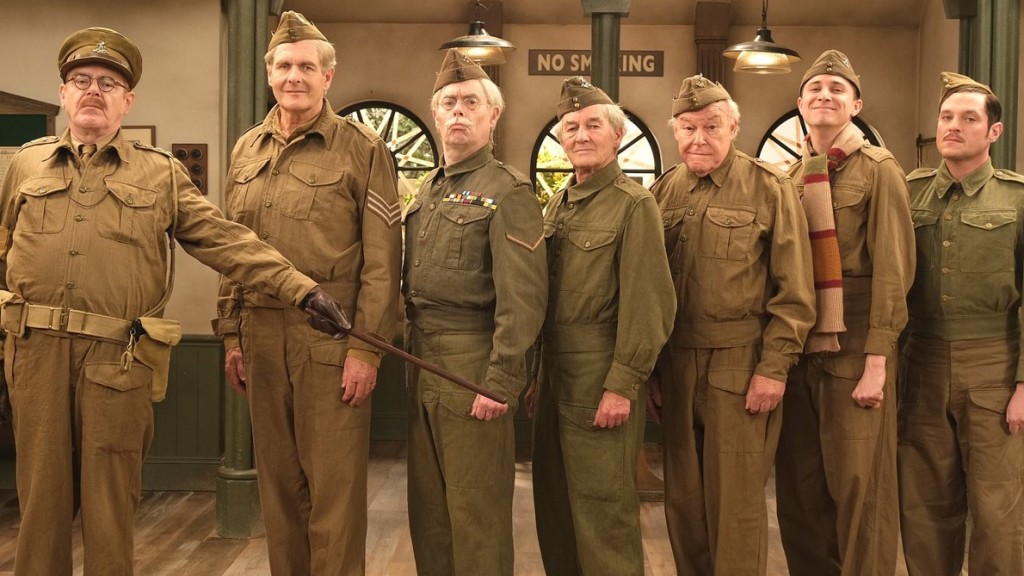 Dad’s Army: The Lost Episodes were to celebrate fifty years since the episodes were first broadcast and last seen, before disappearing from the archives.

The remakes used the original scripts, written for the second series of Dad’s Army by Jimmy Perry and David Croft. Kevin Eldon, Mathew Horne, Tom Rosenthal and David Hayman were among the stars that joined the platoon for Gold’s three re-created live-action episodes of the much-loved wartime sitcom.

The three episodes that have been recreated are The Loneliness Of The Long-Distance Walker, A Stripe For Frazer and Under Fire.

“It was an absolute honour to work on the 3 lost episodes of Dad’s Army. As you can imagine camera and grading technology has come a long way since 1968, however the brief was to stay true to the initial series and keep it contemporary whilst paying homage to the classic Dad’s Army style. Great lengths were taken to recreate the sets which meant some of the materials and lighting made scenes looked slightly polished. We managed to combat this by using selective shapes to reduce this contrast and made sure the overall look honoured the legendary British sitcom.”

Babes in the Wood
Liam Gallagher: As It Was