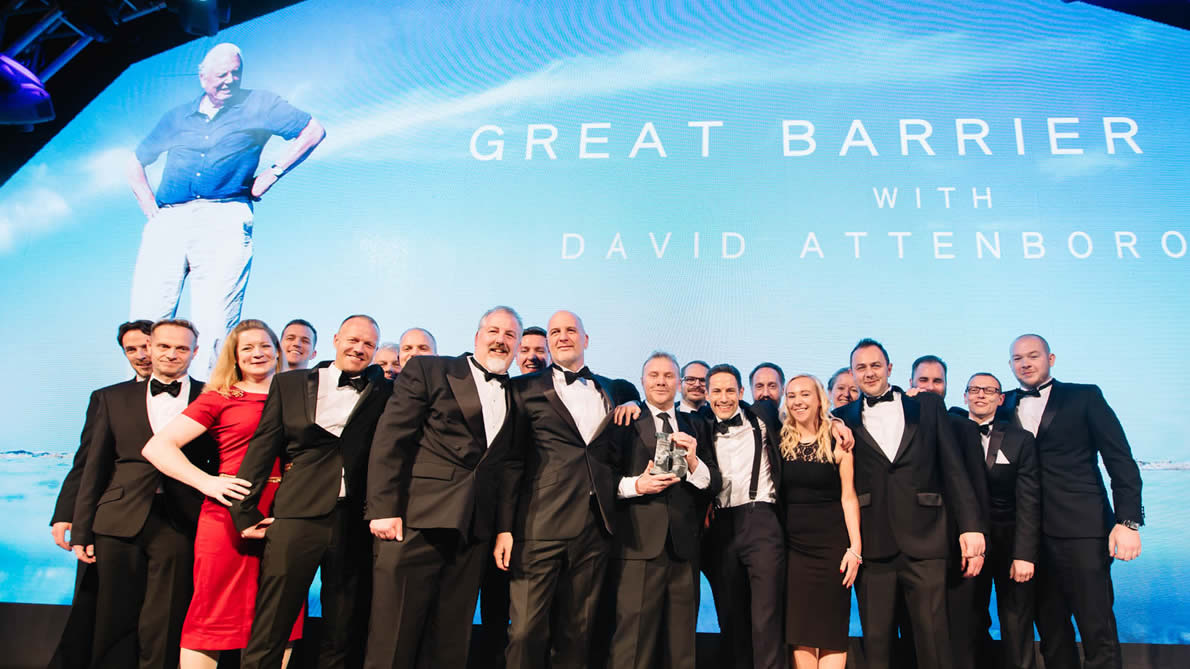 from the Broadcast Magazine…

This is the second time Halo has scooped the award for Best Post-Production House. Much has changed for the Soho-based facility since its first Broadcast Award back in 2014: as well as changes to its senior management team, the post firm has added more suites and mixing rooms and embraced the latest technology.

One judge described Halo as “a facility that is clearly run by people with experience of the craft of post-production”.

Recent credits include comedies Toast Of London (C4), The Delivery Man (ITV) and Murder In Successville (BBC3), factual productions Great Barrier Reef With David Attenborough (BBC1, pictured) and This is Tottenham (BBC2), and features including The Danish Girl, Suffragette and Ronaldo. These credits are a testament to the “variety and quality of output”, as one judge commented.

To keep up with clients’ demands, Halo launched a 4K finishing facility opposite its Noel Street base – its fifth site in central London – and built on its close relationship with the BBC, with a contract to post-produce more factual content for the broadcaster.

But what really shone through for the judges was the post firm’s personality. “There is a real sense of a positive place to work, both for the team and the clients,” said one.