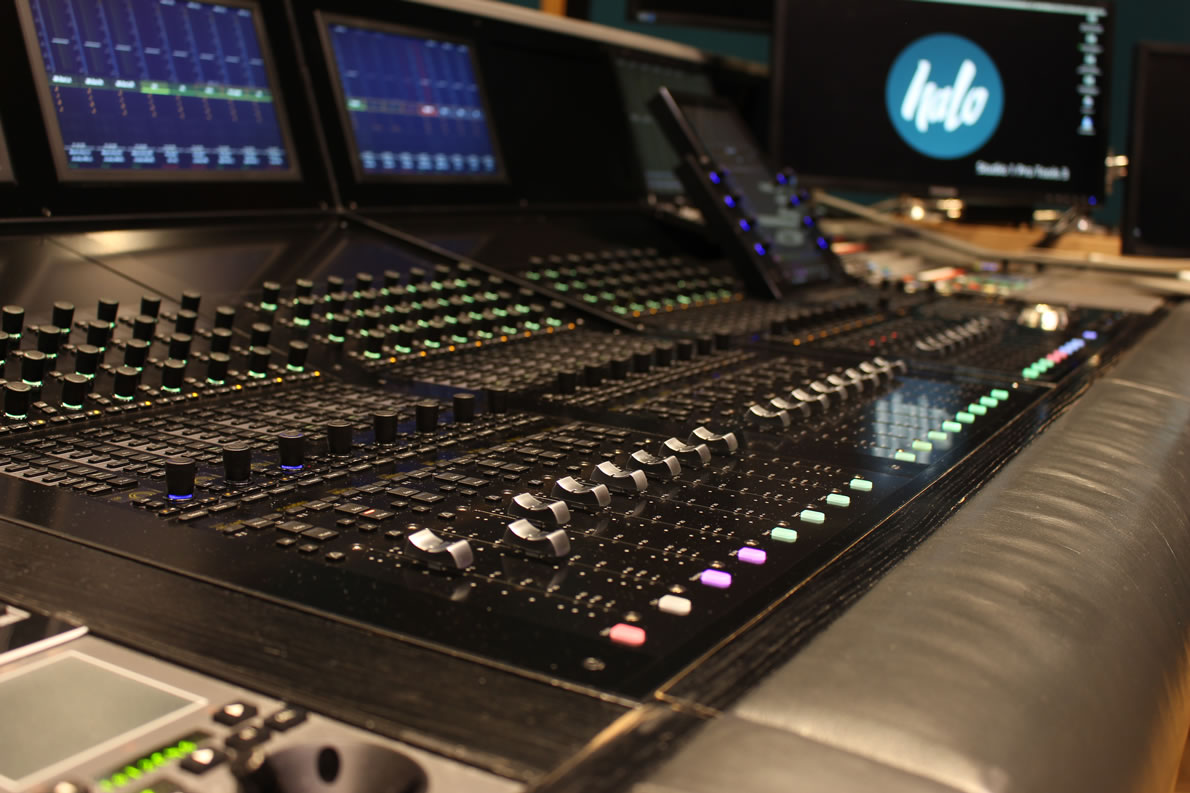 Following halo ’s recent Dolby Atmos installation in their flagship Studio 1 film mixing stage, they have now completed another major upgrade to the mixing console, aligning their facilities with those of the main US mix stages, and helping to bring Dolby Atmos mixing to a wider client base.

A 24 fader Avid S6 M40 mixing console has been integrated into the existing AMS Neve DFC surface, which itself has been updated to the latest v11 DFC3D software and DAWSYNC plugin, providing a much streamlined and more flexible hybrid mixing experience.

“…we’ve turned our sights to the one major aspect which wasn’t addressed as part of the main build, namely the mixing console.”

“We seized the opportunity to do the Atmos installation at relatively short notice, so didn’t have much time to think about anything other than the main build at the time!” recalls Richard Addis, halo ’s Head of Audio Operations. “Since the studio relaunch, we’ve turned our sights to the one major aspect which wasn’t addressed as part of the main build, namely the mixing console.”

“The DFC continues to be the gold standard in film mixing” he continues, “and AMS Neve’s ongoing commitment to developing for and streamlining the Dolby Atmos mixing experience is fantastic. That said, with Pro Tools 12.8’s Atmos integration, there are other options out there, which means

Atmos is now highly accessible to projects of all sizes and budgets, and not just for Film. We needed a solution to cater for all, and with the S6 integration, we now have that.”

“A great many films now want to either mix entirely ‘in-the-box’, or work in a hybrid fashion…”

“A great many films want to either mix entirely ‘in-the-box’, or work in a hybrid fashion, whereby certain elements are mixed using the much beloved DFC” says David Turner, Head of Film at halo . “We have upcoming projects coming with the FX being mixed entirely in the box, and Dialogues and Music on the DFC. This has been case for a number of years, but now with S6 integration we have a solution that is both progressive and ergonomic. With Dolby Atmos deliverables also beginning to appear on delivery specs for providers such as Netflix, investing in upgrades that streamline the Dolby Atmos production workflow are of clear benefit to us across the business as a whole, not just for film.”

Dolby Atmos mixing has been possible on the DFC since the release of Encore v9, however the additional features afforded by the v11 upgrade made the proposition extremely attractive. Johnathan Rush, halo ’s Lead Mix Technician and Re-Recording Mixer, explains:

“The DFC3D v11 update, combined with the integration of the Avid S6, means you really do have access to everything you need on the surface. As well as control over the Dolby Atmos Rendering and Mastering Unit (RMU)’s monitoring level and re-renders, the integration between DFC and the RMU allows for direct control and display of all object pan information, regardless of whether those objects come from the DFC, Pro Tools, or any other DAW.”

AMS Neve’s Software Development Manager, Dave Critchley, elaborates on some of the enhancements: “DFC3D’s new meter bridge provides complete feedback of the session, from level and waveform and Routing displays, Plugin displays for EQ, Dynamics, De-esser and Subharmonics, to the Spatial Panning Display and Dynamic Display of Dolby Atmos Object usage that are key to mixing in Dolby Atmos.”

“Having a long heritage of mixing with the DFC, upgrading halo ’s console to the latest platform made perfect sense,” adds Critchley. “The integration mirrors the configuration of the main US stages, and having the DFC3D with access to the S6 controls offers great versatility to the stage..”

With a growing number of systems all vying for control, Johnathan Rush required a way to quickly lock everything together, regardless of where a transport command is issued from. “By combining the new AMS Neve DAWSYNC plugin with our existing SoundMaster Atom and Avid Satellite network, we have an elegant solution to instantly lock all Pro Tools systems, the DFC and the VCube together, no matter where you press ‘Play’.”

Johnathan also elaborates on the decision to retain a second DFC Master section on the S6 side of the console: “By having use of the DFC’s surround monitor and Pec/Direct module, we retain accurate Bus/Tape metering, which is a must when working with multiple playback and record rigs.”

“…having the S6 integrated into the DFC frame means the listening position is not in any way compromised, and the ergonomics are vastly improved for mixing ‘in-the-box’.”

The seamless integration of the S6 into the DFC surface comes thanks to a custom retrofit, designed and installed by Glenn Haddock and his team at Frozen Fish Design. Johnathan Rush explains that “having the S6 integrated into the DFC frame means the listening position is not in any way compromised, and the ergonomics are vastly improved for mixing ‘in-the-box’.”

Glenn and FFD have installed a number of DFC Gemini / S6 hybrid solutions in various post production studios across the globe, including Skywalker Sound in California. However, none had so far been installed into an original DFC1 chassis…

“The end result is a seamless hybrid solution.”

“Using our innovative hybrid integration system designed for the DFC Gemini frame, we reconfigured, stretched, and manipulated the existing design to work with the DFC1,” explains Glenn. “The old DFC power panel was removed to allow space for the connectivity of the S6, and a new fascia for the meter bridge was fabricated to elegantly mount the S6 display modules. The reconfiguring process enabled the S6 power supplies, network switch and cabling to fit neatly into the DFC baskets. The end result is a seamless hybrid solution.”

“The workmanship, finish quality and attention to detail are second to none,” adds Richard Addis. “Aesthetics and ergonomics are an often overlooked consideration, but for a flagship facility such as Studio 1, it has to be robust, look fantastic and feel totally natural; FFD’s design certainly surpasses expectations in all of those regards.”

For further information and to book Studio 1 for your project, please contact David Turner at david.turner@halopost.com , or call 0207 292 8000.